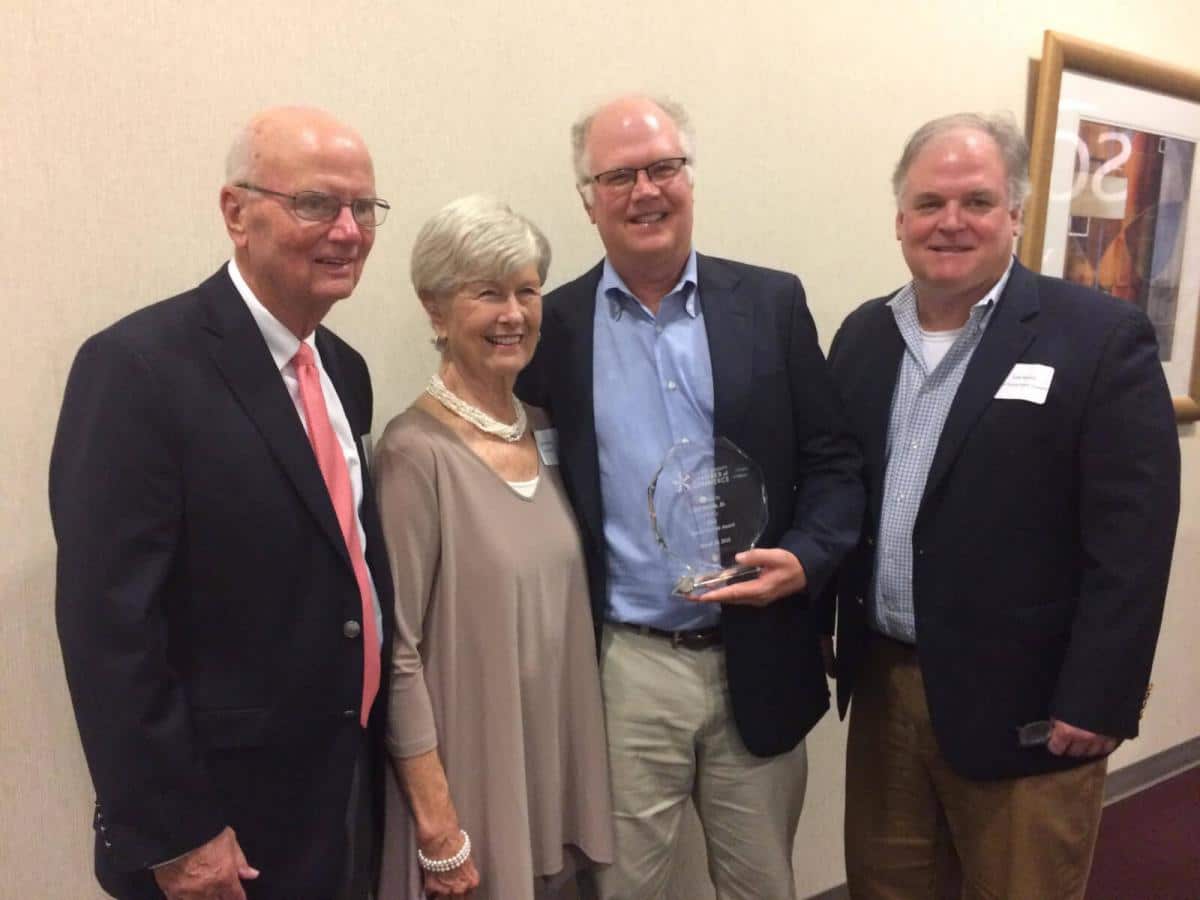 Since co-founding the fair trade, organic coffee company Cafe Campesino in 1998, Bill has helped the company grow to have an annual economic impact of $10 million on the Americus-Sumter County region.

Bill also founded the Americus-based green coffee importer, Cooperative Coffees, in 2000.  A one-of-a-kind importer that is owned by roasters across the U.S. and Canada, Cooperative Coffees has imported more than 42 million pounds of certified organic, fair trade coffee since 2000, paying more than $75 million directly to small-scale farmer-owned cooperatives around the world.

This is the third time the chamber has delivered the lifetime achievement award during its annual dinner.  It was created in 2016 in honor of South Georgia Technical College’s outgoing president Gary Lamar “Sparky” Reeves, who had served the college for more than 40 years.

South Georgia Tech hosted the event, but the institution was also recognized alongside Georgia Southwestern State University for its work as a Community Partner.  Center Stage Market received the Small Business of the Year award, and Ted McMillan One Sumter’s Chairman received the One Sumter Visionary Award.

Learn more about Bill Harris’s contribution to Americus and Sumter County on our blog.

The Most Organic Coffee Grown Today: Under The Shade In Honduras

Bill’s Business Model: Collaborate & “Do Unto Others”...
Scroll to top