The Offbeat Origins of our “Mad Poet” Blend

If you are a Cafe Campesino fan you have most likely had the pleasure of tasting our delicious Mad Poet Blend. While you may know that it is one of our most popular coffees, chances are you do not know the origins of this bright and sweet caffeinated concoction. Brew up a cup, pull up a chair, sit back, and soak up this tale of the original Mad Poet.

The original Mad Poet rode into Americus one day on his Harley-Davidson–Marty Evans was his name. He was a traveling industrial machinery repair person who smoked cigars, rode motorcycles, and hosted poetry slams. He had a thing for starting his day with a cigar and coffee and one day he paid a visit to Cafe Campesino. Back then CC was essentially a one-person operation. Our former roast master and current COO, Lee Harris, would roast and pack the coffee in the hot little roasting room all by his lonesome most days. Marty showed up on his bike and parked in front of the little roastery. Like a tobacco-fumed ghost he dismounted silently and came to the door to witness the process and to grab a cup of joe. After that day Marty would occasionally ride into town and come knocking.

Marty was not just a large machinery mechanic and engineer, he was a poet and a bard. He really took to Americus and on June 22, 23, and 24 2000, he hosted over 70 of the “baddest bards in the South” in his Southern Fried Slam at Pat’s Place a couple of miles south of downtown. Teams and individual poets from all over came to battle for honor, for cash, and for Moon Pies and Royal Crown Cola. Afterwards, the winners moved downtown to the Rylander Theater for the event’s finals. The Slam was by all accounts a smashing success and further cemented the legend of the Mad Poet in Sumter County and beyond.

The Mad Poet’s interest in the ins and outs of coffee roasting and tasting continued to grow until one day he asked to create his own blend. Over the years he would show up and take two or three new blends of coffee with him, later reporting back the results. After years of experimentation, Marty’s favorite became a blend of East Timor and Ethiopian Yirgacheffe. The predominant flavors of those coffees together created a sweet chocolatey-orange cup of incredible coffee.

Marty’s visits slowly became fewer and farther between. East Timor coffee became harder to source and thus a basic component of Marty’s special blend was no longer available. Some time later, after Cafe Campesino CEO Tripp Pomeroy joined the company, Tripp became enamored with a blend that he had put together at home. He showed it to Lee and Bill and, coincidentally, that new combination had an almost identical flavor profile as the one Marty came up with independently years before. After tweaking it and adding just a touch of brightness, we wound up with the Mad Poet Blend as an homage to Marty.

Over time the blend has changed a bit, but we have always made sure to give it the same delicious profile as the original. Currently we use a combo of Ethiopia Sidama, Sumatra, and Guatemala and it is a revelation. To sample this exquisite blend go no further than right here. Enjoy it– it is bound to inspire you the same way that it motivated the original Mad Poet. 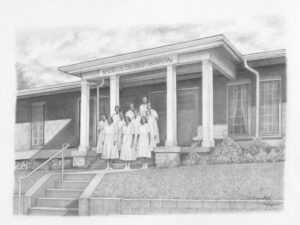 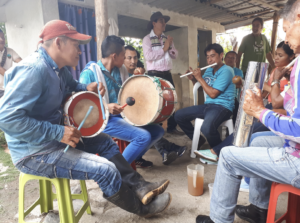 The Offbeat Origins of our “Mad Poet” Blend